The legend of San Gimignano establishment

If you are going to visit San Gimignano, these are three legends about the town that you must know.

The foundation of San Gimignano is lost in the mists of time. It is said that the two brothers Muzio and Silvio, young Roman patricians fugitives as accomplices of the conspiracy of Catilina, in 63 BC, had taken refuge in Valdelsa and had built two castles: Mucchio Castle and Silvia Castle. Silvia is the first name of the village of San Gimignano. 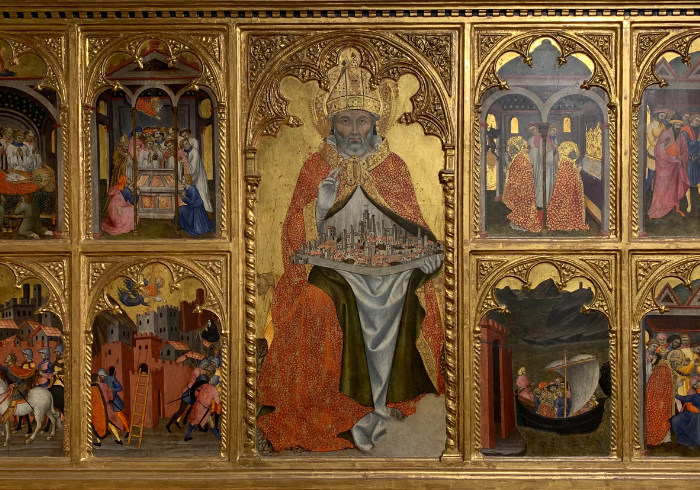 However, the name could also derive from the noun forest that Latins used to call Silva. A lot of forests surround the village of San Gimignano.

Around the 10th century AD, the village’s name became San Gimignano, from a Modenese bishop Geminiano who lived in the 5th century AD. During the raids of the barbarians, the saint invoked, saved the city from the threat of Totila by appearing miraculously on the walls and holding the city in between his arms. From that day on, the inhabitants of Silvia decided, out of gratitude and to eternally ingratiate themselves with the saint’s protection, to change the city’s name to San Gimignano. 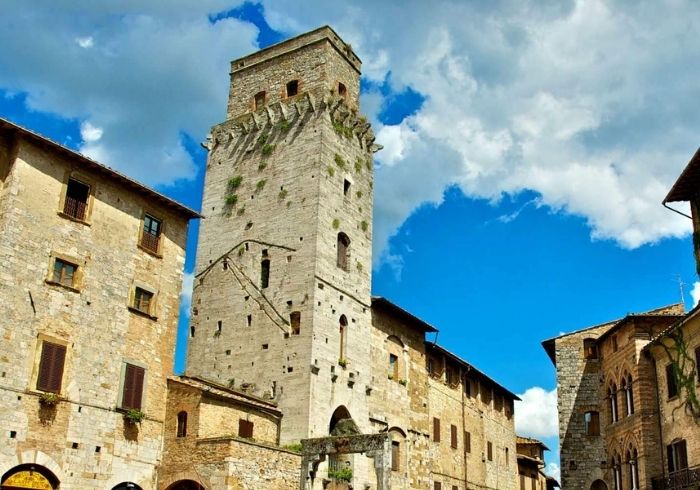 The legend of the Devil’s Tower

San Gimignano is a place rich in history and legends. One of these concerns the Devil’s Tower, which has also become famous for Assassin’s Creed.

Legend has it that its first owner, returning from a long journey, found the tower much higher than when he had left it without ever having commissioned any building renovation. His fellow villagers swore they hadn’t seen anyone work on a rise in the tower. The event was attributed to the work of the Devil, who would have raised the building in the night. Its particular and esoteric aspect, the absence of windows and its protruding shelves, have given it an impregnable part that has fueled the legend.

Furthermore, from the Piazza Della Cisterna, you can see a large crack crossing the whole tower; citizens have always thought that the Devil, climbing the building, had left those marks with his claws. 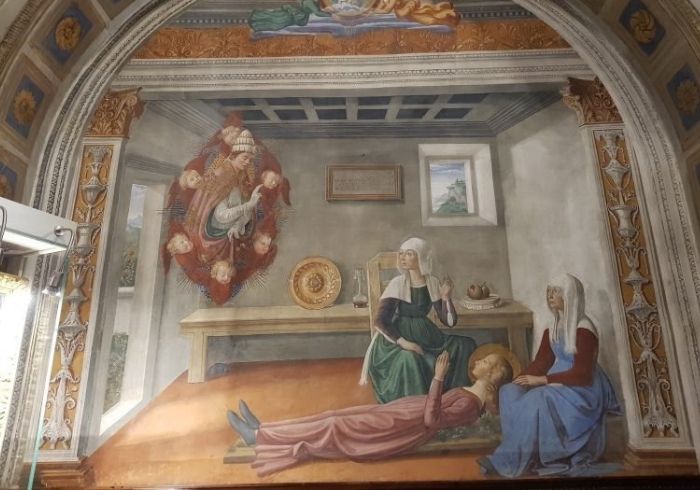 The Legend of Santa Fina, the patron saint

Another famous legend concerns the patron saint of San Gimignano, Santa Fina, whose entertainment was to go to mass. One day on the way, she met a knight who gave her an apple, and she fell in love with him. She returned home, convinced that she had fallen into her sin. She decided to retire in solitude and pray. She spent the last years of her life lying on a table in the cellar. The only person she saw was the woman who looked after her from time to time.

Before dying, the Devil went to Santa Fina to tempt her, but she resisted. A moment before the girl closed her eyes, the bells began to ring by themselves, and violet-like flowers started to sprinkle the village walls. These flowers, called Santa Fina violets, bloom every March when the patron saint is celebrated.