Sangiovese is Italy like Cabernet is France: they are wines that express a viticultural and wine-making identity. (Giacomo Tachis)

The History of Sangiovese

The Sangiovese is one of the most diffused kind of grape in central Italy, and for sure, one of the most representative wine for this grape is Chianti Classico. In 1872 Baron Bettino Ricasoli created the formula for this wine, blending Sangiovese and Black Canaiolo.

However the origin of Sangiovese is very difficult to identify: to obtain some information we have to wait until XVI century; when Giovan Vettorio Soderini in his essay “ The cultivation of the vines” described this kind of grape like a “significant vine variety for its stable productivity”.

It is believed that this kind of grape was also known over 2000 years ago and that was used by Etruscan for wine production.

Etymology of the word “Sangiovese” 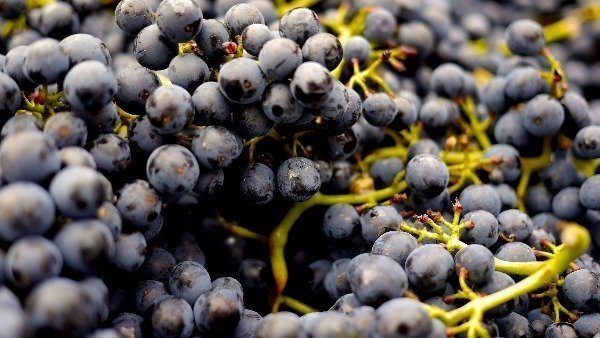 In Tuscany  we have to distinguish 2 kinds of Sangiovese: the “ Sangiovese Grosso “ (used to produce Brunello di Montalcino or Nobile di Montepulciano for example) and the “Sangiovese Piccolo” (used for the production of Chianti Classico). Sangiovese shows an intense ruby color, if we let the wine age longer  this color could obtain some orange shades. The aromas are mainly oriented to red and black fruits like black cherry, blackberry and plum, instead for the flowered notes we can smell violet and rose. We mainly let the Sangiovese grapes age in wood container, like barriques or barrels, for this reason will be frequent also spicy, vanilla and licorice notes. 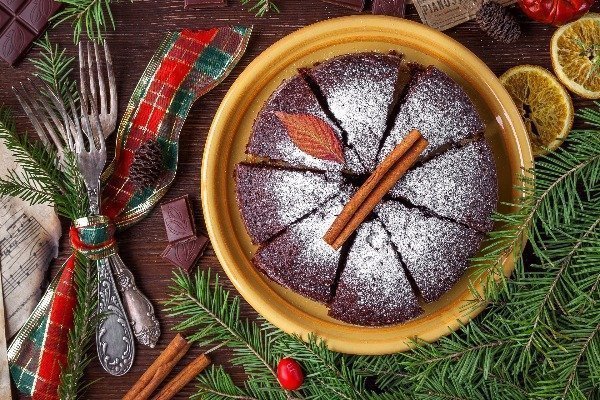 To prepare the red wine cake start to cut in little cubes the butter and put it in a mixer, add sugar and let the dough become a cream.

Separate the yolks from the albumens (preserve the albumens you will need them later) and add the yolks little by little to the dough, after that add cinnamon and cloves powder.

Add also the plain chocolate powder and red wine. Mix until the cream obtain an uniform color, transfer the dough in bowl, mix sifted flour and baking powder with the cream.

Use another bowl to whip the albumens up, when they are ready add the whipped albumens to the cream in three times.

Mix everything softly. Cut the dark chocolate in very small pieces and add them to the dough.

When it’s ready enjoy the cake with some whipped cream on and a good glass of red wine!!